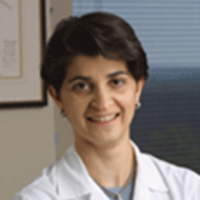 Dr. Tamim was born and raised in Beirut, Lebanon. In 1990, after finishing medical school, she moved to the United States to complete her internship, residency, and fellowship in hematology and oncology at Emory University. After finishing her Fellowship, Dr. Tamim continued on for four years as a faculty member of Emory University and attending physician at Grady Memorial Hospital. Dr. Tamim joined Atlanta Cancer Care in November of 2000 and is a member of the American Society of Hematology, the American Society of Clinical Oncology and the American College of Physicians.

When she’s not working, Dr. Tamim can be found playing with her two young sons or pursuing her hobby of oil painting.