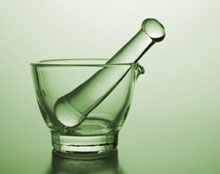 For Taxotere + Prednisone, including Side Effects

Drugs in this Regimen:

For the treatment of Prostate Cancer

How Taxotere + Prednisone chemotherapy is given and possible side effects.

Taxotere + Prednisone for the treatment of Prostate Cancer

Taxotere (docetaxel) + Prednisone is a treatment regimen for prostate cancer.

MOST COMMON SIDE EFFECTS OF TAXOTERE + PREDNISONE

For more information, see the 'Expert Resources' tab below.

What side effects did you experience while on this medication?

I receive oral and IV dexamethasone (Decadron) instead of Prednisone with IV taxotere, every three weeks.

My first infusion did not include Neulasta. A few days after infusion, my normal temperature of 97 went to 99. Other side effects included sore throat and cough, sharp stomach and esophageal pain, swollen and painful tongue. Worst was intense shooting pains especially from hips to heels that felt like electric shocks. That was accompanied by “sting” pains everywhere on my body that felt like bug bites. Going into the second week after infusion, I had chills, sweating and temperature hit 103. Admitted to emergency at hospital. Temperature had dropped to 101 but white blood count was so low they isolated me and medical personnel wore masks when they saw me. They kept me for three days. They determined that I had diverticulitis exacerbated by the low white blood count.

Since then, my infusions have been followed by Neulasta. All side effects mentioned above, except high fever and diverticulitis, continue.

Other continuing side effects include hair loss and fatigue. My sense of taste is mostly gone, and remaining taste has been contorted. For example, sweet is bitter. I have discovered that the shooting and “sting” pains appear to be related to muscle spasms.

The side effect pattern appears to begin on third day after infusion and severity peaks at about a week. After that, the effects become noticeably less severe every day. By the end of the second week, most side effects have reduced significantly. The third week is almost “normal”.

I recently got Rx for pain and sleep and will try them after the next infusion.

To the gentleman who posted Fri., Aug 12, 2016: Thank you for taking the time to post your experience with IV Decadron and IV taxotere. My husband is scheduled to start chemo for his recurring hormone resistant prostate cancer (metastasized to bone) in mid-Oct.
Questions: Why the Decadron instead of Prednisone? Also, did the Neulasta help with the side effects?
I hope that you are feeling better now, and that the treatment has been effective in controlling the cancer. Again, thank you for your post.
Marty

This discussion needs your voice!

What were the specific side effects that you experienced while taking this medication? How did you manage them?

What coping tips would you give to new patients on this regimen?

There are currently no answers to this question. Be the first to answer!

This discussion needs your voice!

This chemotherapy regimen is commonly used to treat:

Other chemotherapy regimens for the treatment of Prostate Cancer:

The Navigating Care Library includes articles about cancer, chemotherapy regimens and drugs from the the National Cancer Institute and other experts.
More resources

Specific Facts for Your Diagnosis

Learn about treatment options and managing side effects from experts. Start now!

Get Support on Your Cancer Journey

Connect with thousands of members with your diagnosis and learn from their experiences. Start now!